Read about the winning Newton Prize 2020 partnerships between the UK and Egypt, Jordan, Kenya, South Africa and Turkey.

Liver cancer is the most common type of cancer in Egypt due to the prevalence of associated conditions such as Hepatitis C, obesity and non-alcoholic fatty liver disease (NAFLD), all of which are...

Jordan has few natural resources and faces numerous challenges, such as water shortages and the Middle East refugee crisis, but it also boasts spectacular sights and a rich history. Tourism is...

Rates of maternal complications such as sepsis, still births, premature delivery, new-born sepsis, and new-born deaths are high in Kenya. A strong contributing factor is maternal infection with...

Climate change is primarily caused by too much carbon dioxide (CO2) in the atmosphere. Human activity such as burning coal and cutting down forests is causing atmospheric CO2 to increase at an...

The Western Indian Ocean (WIO) is facing a humanitarian crisis. The livelihoods of 60 million people depend on the ocean. Yet it is warming faster than any other. Coastal and marine ecosystems are... 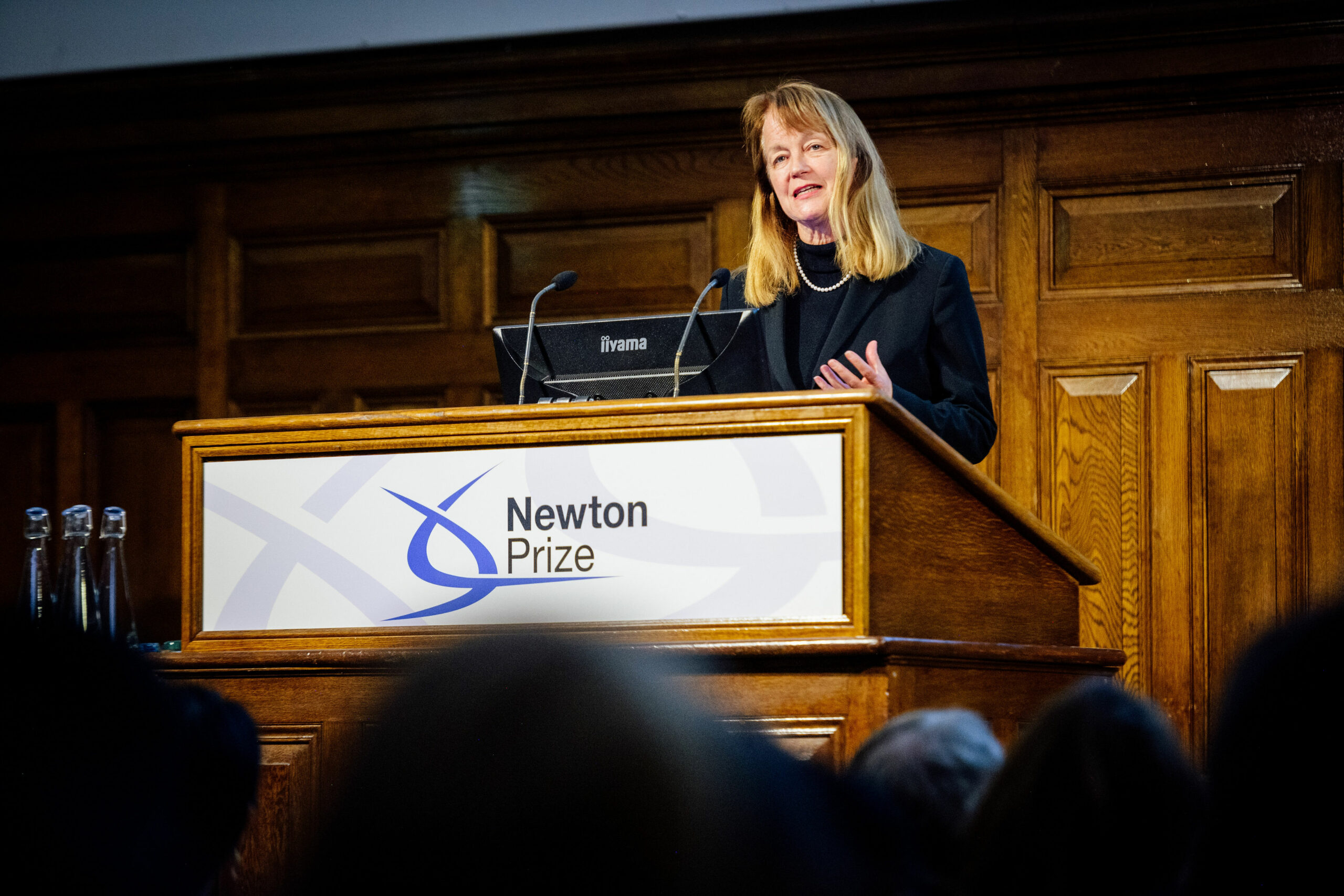 The prizes were awarded by the 2020 Newton Prize Committee which was chaired by Professor Alice Gast, President of Imperial College London.

The Newton Prize Committee reviewed all of the shortlisted applications, along with feedback from the expert peer reviewers, and selected the winners using a consistent scoring system.

Professor Alice P Gast is President of Imperial College London. Prior to her appointment at Imperial in September 2014, Professor Gast was the President of Lehigh University (2006 – 2014) and the Vice-President for Research and Associate Provost and Robert T. Haslam Professor of Chemical Engineering at the Massachusetts Institute of Technology (2001 – 2006). An expert in surface and interfacial phenomena and the behaviour of complex fluids, Professor Gast was a faculty member at Stanford University (1985 – 2001), being promoted to full professor in 1995. She was affiliated with the Stanford Synchrotron Radiation Laboratory.

Professor Gast spent several years of her scientific career overseas, first as a postdoctoral student on a North Atlantic Treaty Organization (NATO) fellowship at the École Supérieure de Physique et de Chimie Industrielles in Paris. While serving as professor of chemical engineering at Stanford University, she returned to Paris for a sabbatical as a John Simon Guggenheim Memorial Foundation Fellow in 1991. In 1999, she was an Alexander von Humboldt Foundation Fellow in Munich, Germany.

As well her role at Imperial, Professor Gast is a member of a number of UK and international advisory committees and boards including the League of European Research Universities (LERU); the Academic Research Council for the Singapore Ministry of Education and the Mayor of London’s Brexit Advisory Panel. She was made a United States Science Envoy to the Caucasus and Central Asia in 2010. In 2012, she was appointed to the board of directors of Chevron Corporation. Professor Gast is a member of the World Economic Forum Global University Leaders’ Forum (GULF) and is also a Co-Vice Chair of the Advisory Board for the World Economic Forum Centre for the Fourth Industrial Revolution (C4IR).