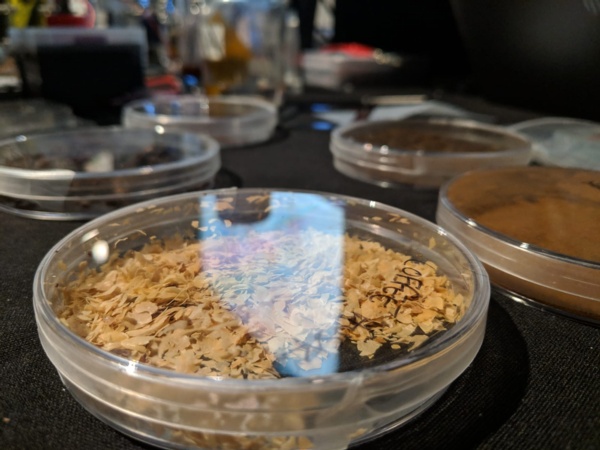 Waste water from coffee processing is harmful to the environment, as it contains substances that take a very long time to degrade. This is a particular problem in Colombia, the world’s third largest coffee producer, where nearly all coffee is grown on small, family-owned farms. The farmers are unable to afford the large-scale water treatment systems needed to process the coffee waste, so it ends up in local water courses, which become contaminated.

Scientists working on a Newton-Caldas Fund project in Colombia have found that environmentally damaging coffee waste could be turned into electricity using a microbial fuel cell. They discovered that if they fed coffee waste to a community of microbes originally found in a wastewater treatment plant, the tiny creatures would eat it, producing energy. This energy could then be captured in the form of electricity.

The research team is now developing a small, inexpensive device suitable for use on Colombian farms. The aim is to initially implement it in the coffee growing area of Southwest Antioquia, where they have already established good relationships with farmers.

By using microbial fuel cells to clean up their waste water, and reusing it, Colombian coffee farmers could relieve a huge strain on their water supply. As well as offering an environmentally-friendly alternative to treat waste water, the generation of electricity could boost social and economic development for Colombia’s farming communities. If their fuel cells are used successfully in Colombia, the researchers hope to engage with large coffee companies in Europe to adopt the same approach to treating their waste.

The project won the 2018 Newton Prize in Colombia and has been featured in The Guardian.

Delivery partners: British Council and Colciencias – the Administrative Department of Science, Technology and Innovation in Colombia