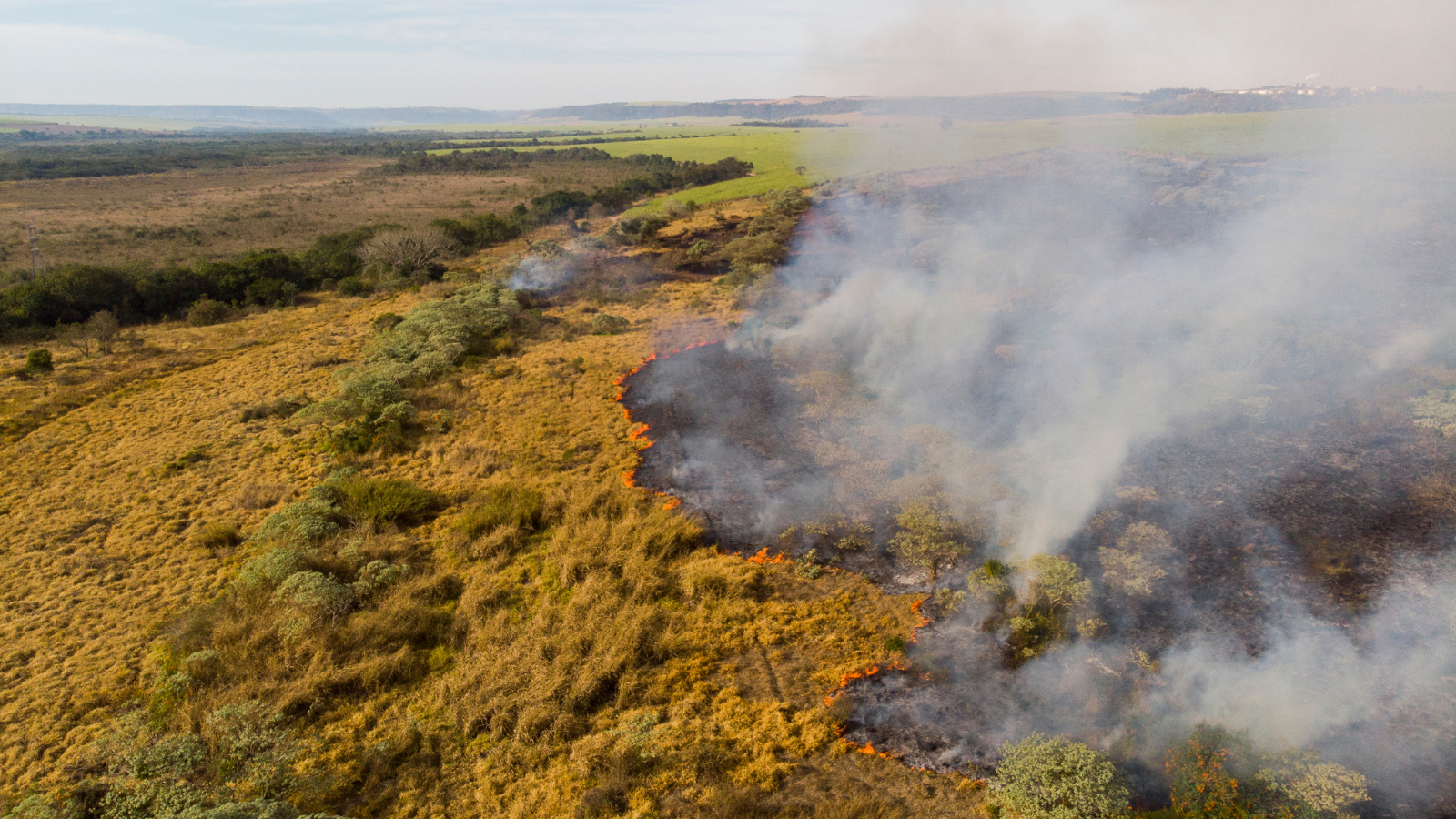 Wildfires significantly impact people, ecosystems, and the climate. They affect regional air quality, destroy forests, and create hazards for the people and infrastructure surrounding them.

A United Nations Environment Programme report has predicted that even if greenhouse gases are reduced, there could be a global increase in extreme wildfires of up to 50% by the end of the century.

It is particularly important in South America’s protected areas to understand how wildfires may change and predict fire risk. Protected areas have high biological, environmental and sociocultural value.

Led by Brazil’s National Centre for Monitoring and Early Warning of Natural Disasters (CEMADEN) in collaboration with the Institute of Space Research (INPE) and the Met Office, scientists have used the Met Office seasonal forecast to calculate fire probability for South America several months ahead.

The seasonal forecast is used to produce reports for decision makers, identifying areas with increased fire probability and providing recommendations to mitigate that risk. As a result, the project is helping generate information to support wildfire strategic prevention and planning that will support conservation strategies across South America.

The report is already being shared across national borders, facilitating strategic planning and fire management in Brazil, Bolivia, and Peru, highlighting the value of this collaborative effort.

“Due to warmer and drier conditions we have observed in the Amazon over the last 40 years, once a fire event is settled then it is very difficult to combat. In 2020, we had the major fires in the Brazilian Pantanal wetlands and during that September, fires were more than 300% higher than the historical average. These scenarios are likely to become more common, so we have to invest in both mitigation and the development of services like the seasonal fire forecasts.” Dr Liana Anderson, National Centre for Monitoring and Early Warning of Natural Disasters, Brazil

This work was developed in collaboration with Brazilian scientists under the Climate Science for Service Partnership Brazil (CSSP Brazil) project. CSSP Brazil is supported by the Newton Fund and delivered through the Met Office.

Dr Liana Anderson and Dr Robin Chadwick from CSSP Brazil joined Minister Amanda Solloway to talk about their project as part of our Good Development series. You can watch their conversation here - Good Development (newton-gcrf.org)

A series of short informal conversations between the BEIS Chief Scientific Adviser and our climate scientists and innovators.