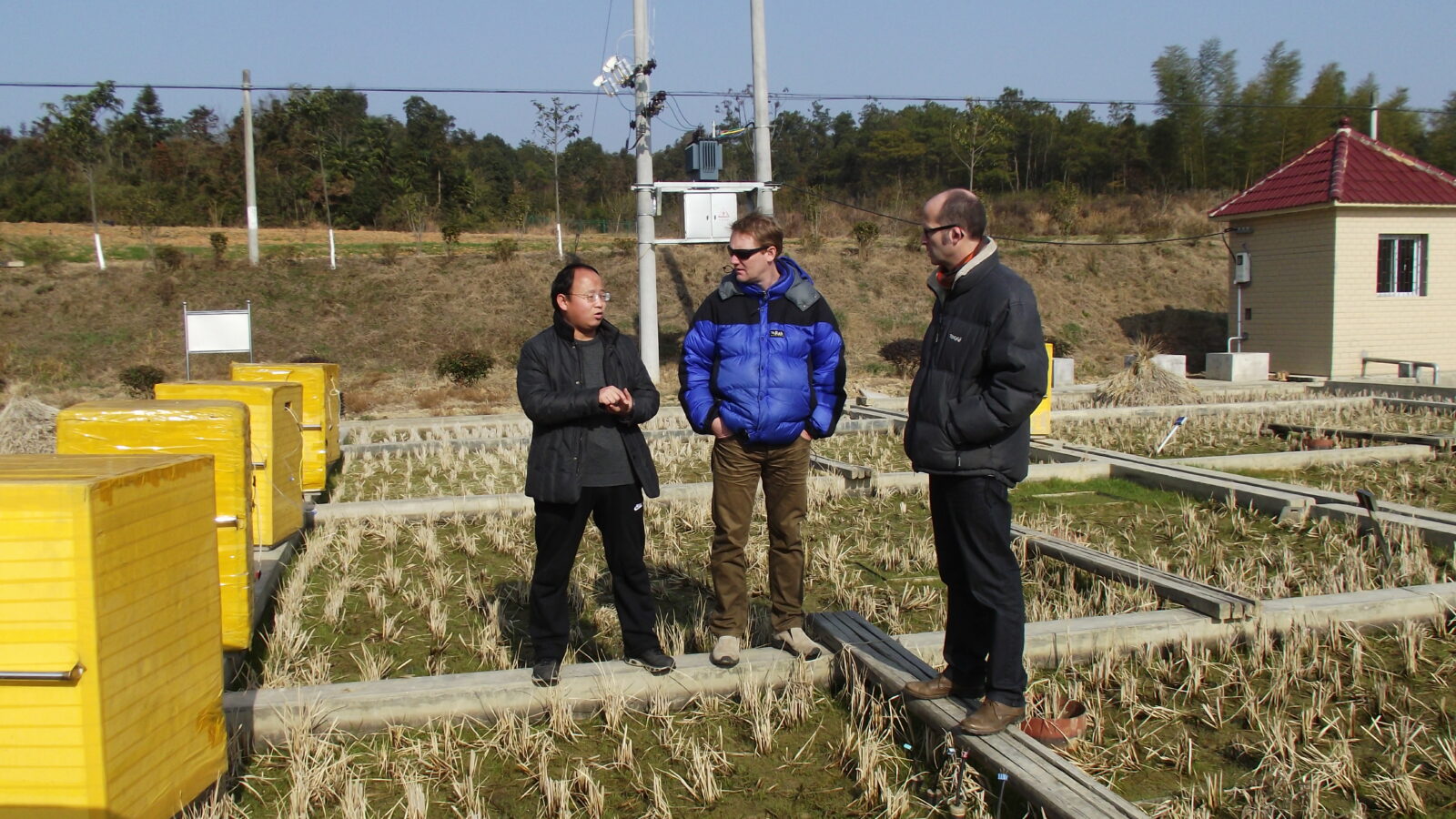 Food and Farming is a major contributor to greenhouse gas emissions. Scientists face a problem: how to ensure adequate food supplies without accelerating global warming.

To solve this paradox, researchers are turning to soil.

A UK-China collaboration has found that rice plantations in China’s subtropical region can help deliver a climate-friendly, resilient food supply.

Researchers found that the reason paddy fields are so environmentally friendly and productive is rice straw.  Rice straw is a by-product of rice production at harvest. When this straw is applied to a field its degradation causes greenhouse gas emissions and carbon loss. Only part of the carbon produced can be retained in the soil and contribute to our ‘soil carbon stock’ –the amount of carbon packed up in earth. When straw (and other organic matter) is applied to a field it triggers the release of greenhouse gas emissions from the soil. This is called the priming effect.

The team observed that paddy fields mulched with rice straw did not release as much carbon into the atmosphere as other types of field. They found paddy fields retained four percent more carbon than upland soil fields where the priming effect of straw was as high as 50% within 100 days.

Rice plantation has unique characteristics when it comes to restricting carbon loss. Up to 80% of all material lost from the rice plant roots, referred to as rhizodeposition, can be converted into soil carbon stock during the rice growing period.

The researchers’ findings highlight the significant and positive role of rice plantation in greenhouse gas mitigation and soil carbon storage.

“Climate change such as CO2 elevation and global warming is becoming a common environmental problem. This Newton Advance Fellowship enables us to address the preservation of soil carbon and improving soil nutrient supply at the same time.”