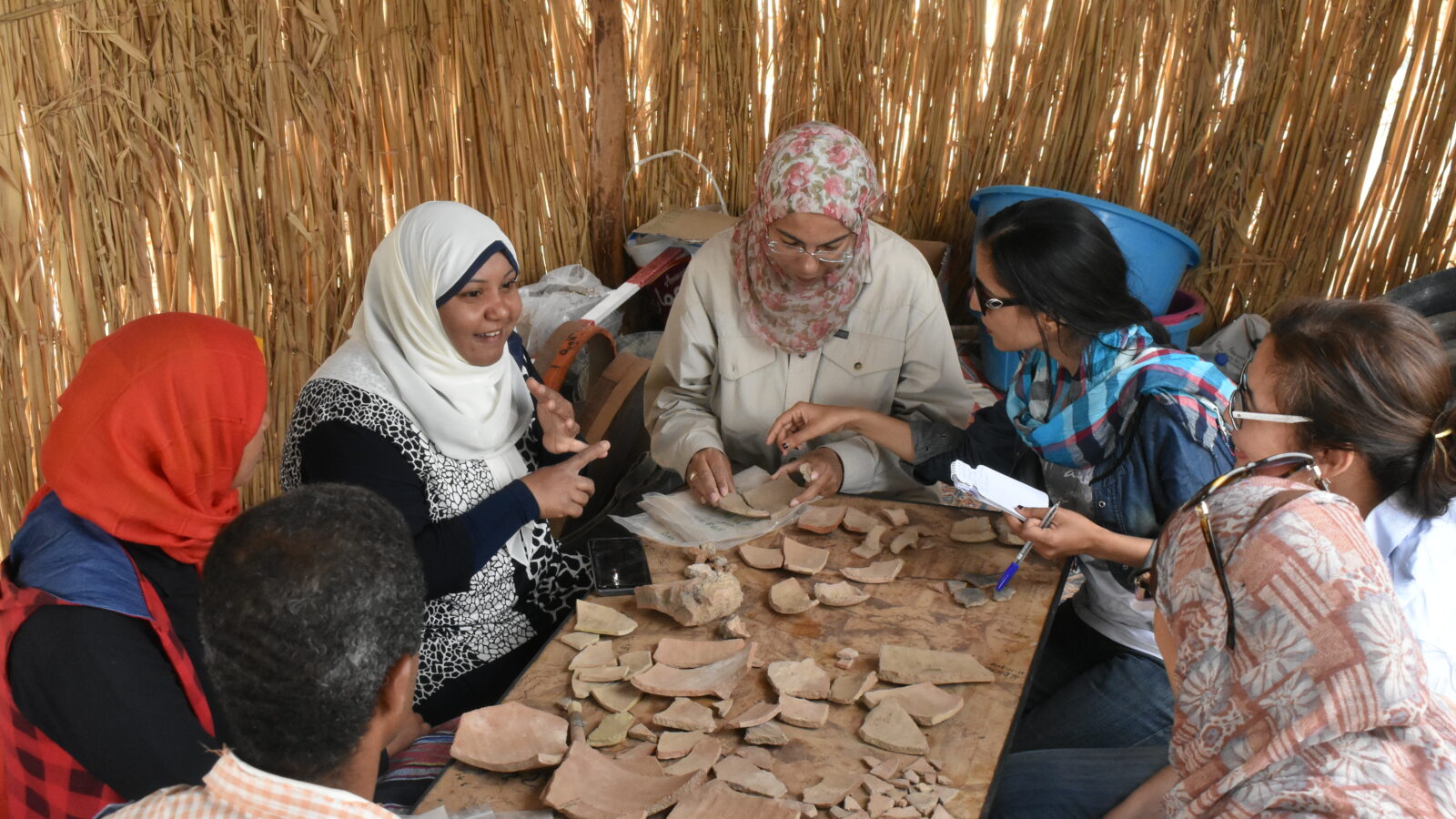 Many lessons and insights can be drawn from the formative stages of Egyptian civilisation. Such insights include how climate change contributed to cultural developments, how Nile floods were crucial in food production, and how a new social order emerged as a result of political transformations. These are issues of great relevance today, to Egyptians, and to people across the globe, due to contemporary climatic, economic and political developments.

Protecting Egypt’s Earliest History aims to embed knowledge from Egypt’s past into the present and to provide the basis for safeguarding the vulnerable and fragile sites of Egypt’s earliest past through engagements with all sectors of the community.

The Earliest Egypt Institutional Links project has made the first steps in enhancing the status of prehistoric and early historic sites such as Merimde Beni Salama, home to the first farmers by 5,000 BC, ancient Nubt (Naqada), one of three power bases central to the rise of the world’s first nation state by 3,000 BC, and North Saqqara where the mastaba tombs of the elite officials of the first Egyptian Royal Dynasty are located. All three sites have been dangerously encroached upon since the 1980s.

The team has provided signage as well as measures to protect these threatened sites. The project trained groups of Ministry of Tourism and Antiquities (MoTA) staff in this earliest heritage and site management. The team also raised awareness through wider engagement activities, such as public lectures, a Science Café event at the Children’s University in Egypt, and via a website and documentary.

The project team is committed to reducing gender inequalities and promoting opportunities for women. When advertising roles for the archaeological and heritage training initiative, the project committed to equality in distribution of places by gender.

"Prehistoric and early historic sites are in desperate need of protecting and preserving. I think the first step is raising awareness about the importance of these sites."

This project was shortlisted for the Newton Prize 2020.