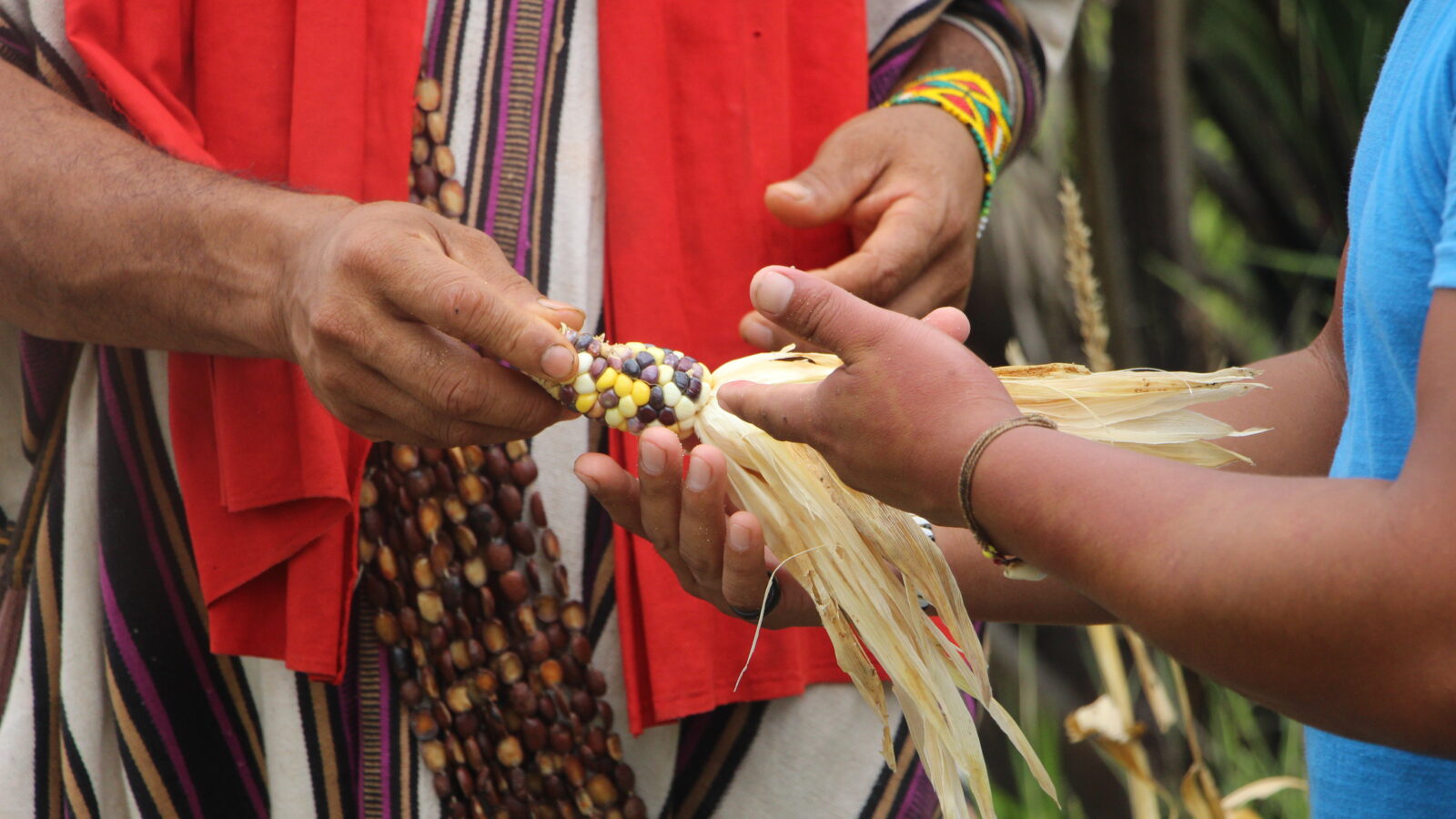 The Atlantic Forest in Brazil is one of the world’s richest biomes, home to a large number of species unique to that area. It is fundamental to the physical and cultural survival of the indigenous Guarani people, and to the quality of life of more than 70 percent of the Brazilian population who depend on its water supply. Despite this, nearly 90 percent of the forest has been destroyed to make way for pastures, croplands and urban areas, severely affecting the Guarani people and threatening many species with extinction.

A Newton-funded project between researchers in the UK and Brazil is helping the Guarani restore the Atlantic Forest in their territory. By drawing from Guarani ancestral agricultural knowledge and established agroforestry techniques, and by promoting a better understanding of the importance of indigenous peoples for environmental conservation, the team are supporting the preservation and restoration of the forest and improving the wellbeing of Guarani communities.

The project has already benefited more than 3,000 Guarani people. Seed exchanges have helped rescue agrobiodiversity from collapse on Guarani territory and collective plantations have been established, helping to restore degraded land. The team has produced territorial and environmental management plans and ethnomaps representing how Guarani organise their territory, helping to establish agreements that protect the land.

The Guarani have met with governmental and non-governmental organisations to exchange knowledge and discuss solutions. They were also introduced to the Ashaninka, an indigenous community who shared their experience on community organisation and environmental restoration. As well as benefitting the Atlantic Forest and the communities it supports, the results of the project could inform conservation efforts elsewhere.

In 2018 the project was awarded the prestigious Newton Prize in Brazil.

"Winning the Prize would enable us to include more villages and greatly expand on the success we’ve already achieved."