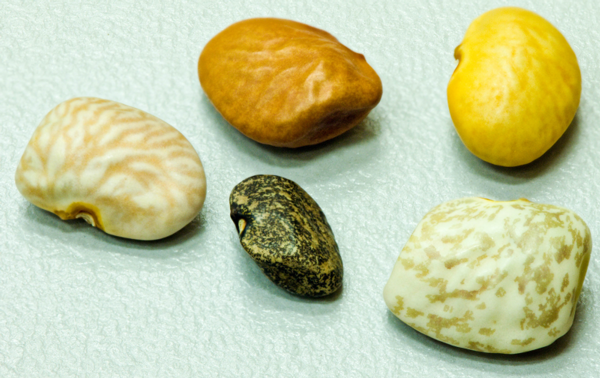 Beans are central to Mexico’s food security, but they are also highly sensitive to drought. Drought can cause up to 80 percent bean yield losses and climate change is making this problem worse. Seventy percent of Mexican farmers are smallholders with no irrigation which makes them particularly vulnerable to droughts and climate change.

Researchers in the UK and Mexico are developing climate ready elite bean varieties to combat drought related crop losses for Mexican and Latin American agriculture. By understanding how plants respond to drought and carbon dioxide through adjusting their stomata (microscopic valves on the leaf surface that open and close), the researchers are finding that reducing bean stomatal numbers could reduce water use by up to 40 percent without affecting yield; potentially saving up to three percent of Mexico’s entire agricultural water use.

Using this knowledge, the team want to develop new elite high yielding bean varieties with better water use and nitrogen fixation under drought. With over six million people employed in agriculture and five percent of the population undernourished, developing high yielding, drought resistant beans will benefit the Mexican economy and future food security, as well as people’s health and wellbeing.

The project will support gender equality as more than 70 percent of Mexican farmers are women, and women often manage water economy for domestic use and for farming in drought-prone rural Mexican communities. Secondary benefits to UK science and society include expanding our horizons in crop biotechnology, informing UK agricultural policy. The research will also have a wider impact on global food security and climate resilience.

"This is a fantastic opportunity to increase the impact of our work in Mexico, by enabling a much larger, interdisciplinary team of experts to tackle the issues of drought in bean agriculture and Mexican food security."

Delivery partners: Royal Society and the National Council of Science and Technology (CONACyT) and the Mexican Academy of Sciences