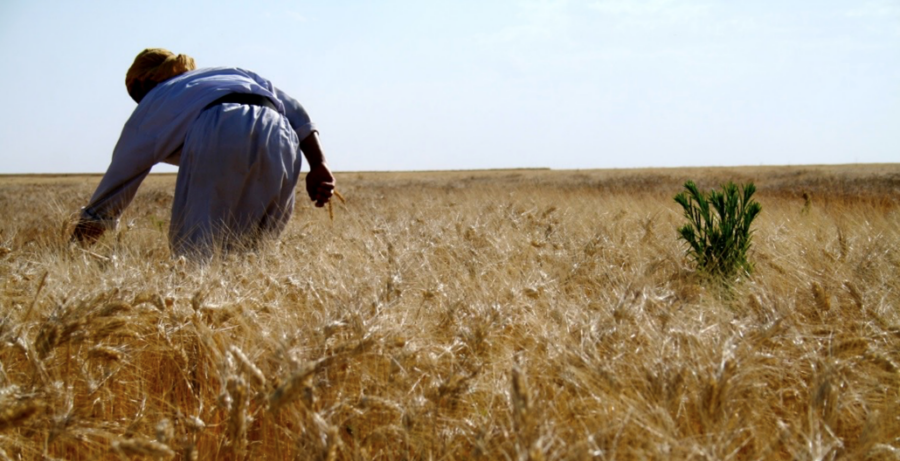 Egypt’s growing population – which in early 2020 passed the 100 million milestone and is on track to reach 130 million by the end of the decade – is putting increasing pressure on traditional agricultural.

Cereal grains from wheat and maize are the country’s staple crop, and although it is one of the world’s largest importers of grain, Egypt’s domestic production still needs to increase substantially to keep pace with those demographic demands.

Increased future productivity of critical crops like wheat will be severely constrained by the twin chronic threats of crop disease and climate change. Pests and pathogens already reduce Egypt’s wheat output by 20% but climate change is anticipated to worsen wheat yields by an additional 15%.

Wheat grains are exposed to a wide array of pathogenic and toxigenic fungi, and some of these are also harmful to human and livestock health.  A better understanding of the diversity, distribution and severity of seed-borne pathogenic fungi, and how these will change under future climate scenarios, is vital for the Egypt’s long-term food security.

An UK-Egypt research collaboration supported by the Newton Mosharafa Fund, has taken up this scientific challenge. Co-led by two plant pathologists, Professor Yasser Shabana at Mansoura University and Professor Bruce Fitt from the University of Hertfordshire, the work has collected samples of cultivated wheat varieties from 25 wheat-growing regions across Egypt.

A joint field campaign allowed the UK-Egypt research team to produce maps of the current geographical spread of the most prevalent pathogens. The aim is to extend this to creating maps of predicted future disease distribution.

To do that, cultures of key fungal pathogens have been collected and analysed by the research team to characterize their biological, physiological, and molecular signatures. Characteristics of the fungi are correlated with local weather variables, such as temperature, rainfall, humidity, wind speed and solar radiation to understand the relationship between plant disease and climate.

This research found humidity was the most important factor in predicting crop disease and yield loss. In turn, these models will be able to develop adaptation strategies and help guide government policies to mitigate impacts of climate change on wheat productivity in Egypt.

The Newton-Mosharafa Funded study has important implications that extend beyond Egypt’s wheat heartland, with the findings being applicable in other wheat-growing countries of the region that share the similar climatic conditions. Moreover, with climate change seriously impacting food systems across the world, and food security likely to be a centrepiece of Egypt’s presidency of the COP27 climate conference in November 2022, expect the issue of climate-resilient crops to be firmly in the global spotlight.

“Food security has emerged as one of the most critical aspects of the climate change challenge, and projects like this Egypt-UK science initiative, supporting the development of climate-resilient strains for our most vital crops, are going to be an essential part of the solution.” Prof. Iain Stewart, El Hassan Research Chair for Sustainability, UNESCO Chair in Geoscience and Society, Professor of Geoscience Communication, Sustainable Earth Institute, University of Plymouth, UK