Capacity strengthening and the arts support displaced people in Colombia 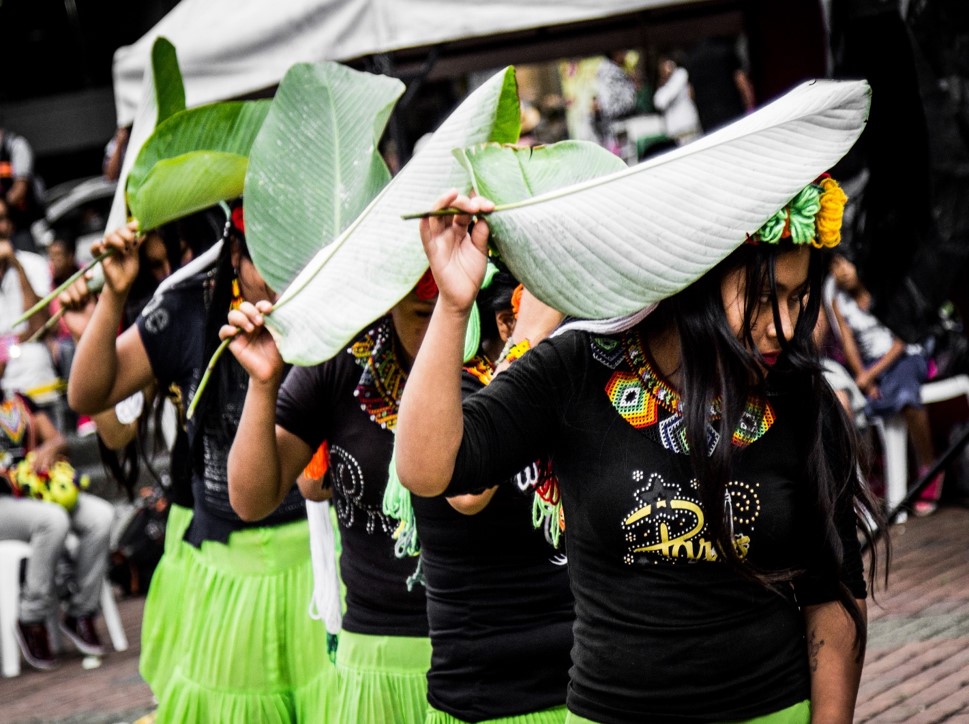 Over five decades of armed conflict in Colombia have resulted in one of the world's largest populations of internally displaced people.

When trying to find new homes, many of these people are exposed to environmental hazards such as flooding, landslides, and fire.  These are the dangers of the ‘informal spaces’ they find to resettle. Spaces that lie outside the zones of official use and occupation, existing somewhere between the commercial, recreational, and residential areas of cities.

Displaced people have suffered tremendous hardships. Many have struggled to find refuge and rebuild their lives. Their stories and their motives for resettlement are not widely understood. This can cause marginalisation - the process of making a group or class of people feel peripheral or insignificant. It can undermine their livelihoods and wellbeing.

A UK-Colombia team has worked alongside resettled people, learning how flooding, fire, and landslides have affected their lives. They want to help raise awareness about the experiences, abilities and needs of these communities.

The team has also been working to build the capacity of government and civil society organisations to manage displacement and disasters, and to support people displaced because of conflict and now living in hazard-prone locations in Colombia.

429 community members participated in the project. They live in marginalised settlements across three states of Colombia: Cundinamarca, Risaralda and Caldas. 30−60% of the land in these locations is prone to flooding and landslide. Overcrowding creates severe fire hazards.

The project teams’ facilitation of cultural expression in communities has generated trust and collaboration between neighbourhoods. Its given rise to new social networks and community-driven initiatives. For example, in Risaralda, a community successfully collaborated with authorities to get their road widened and made accessible to emergency vehicles.

During the COVID-19 pandemic, these new social networks have provided crucial support. The collaborative approaches developed have fed into the design of national policies and practices for more inclusive community-based disaster risk reduction.

The project also led to two exhibits in the World Bank/Global Facility for Disaster Reduction and Recovery online exhibition The Art of Resilience: 'Resilients', captured the personal stories of how families coped with forced relocation, and IdentificArte: Movilizándonos con el Riesgo, is a theatrical play written and performed by community members.

Joint work, driven by the project team, has helped shift perceptions, practices, and policies both inside and outside of resettled marginalised communities in Colombia. It also stimulated a cross-over with a parallel project led by the principal investigator, Professor Few, in India, creating a partnership across Colombia, India and the UK.

“I discovered that doing these kinds of [arts-based] activities, the community gets closer and “gives” more, believes [in the institutions] more, there’s more empathy and more trust in what [we do]”

Moving with Risk: forced displacement and vulnerability to hazards in Colombia