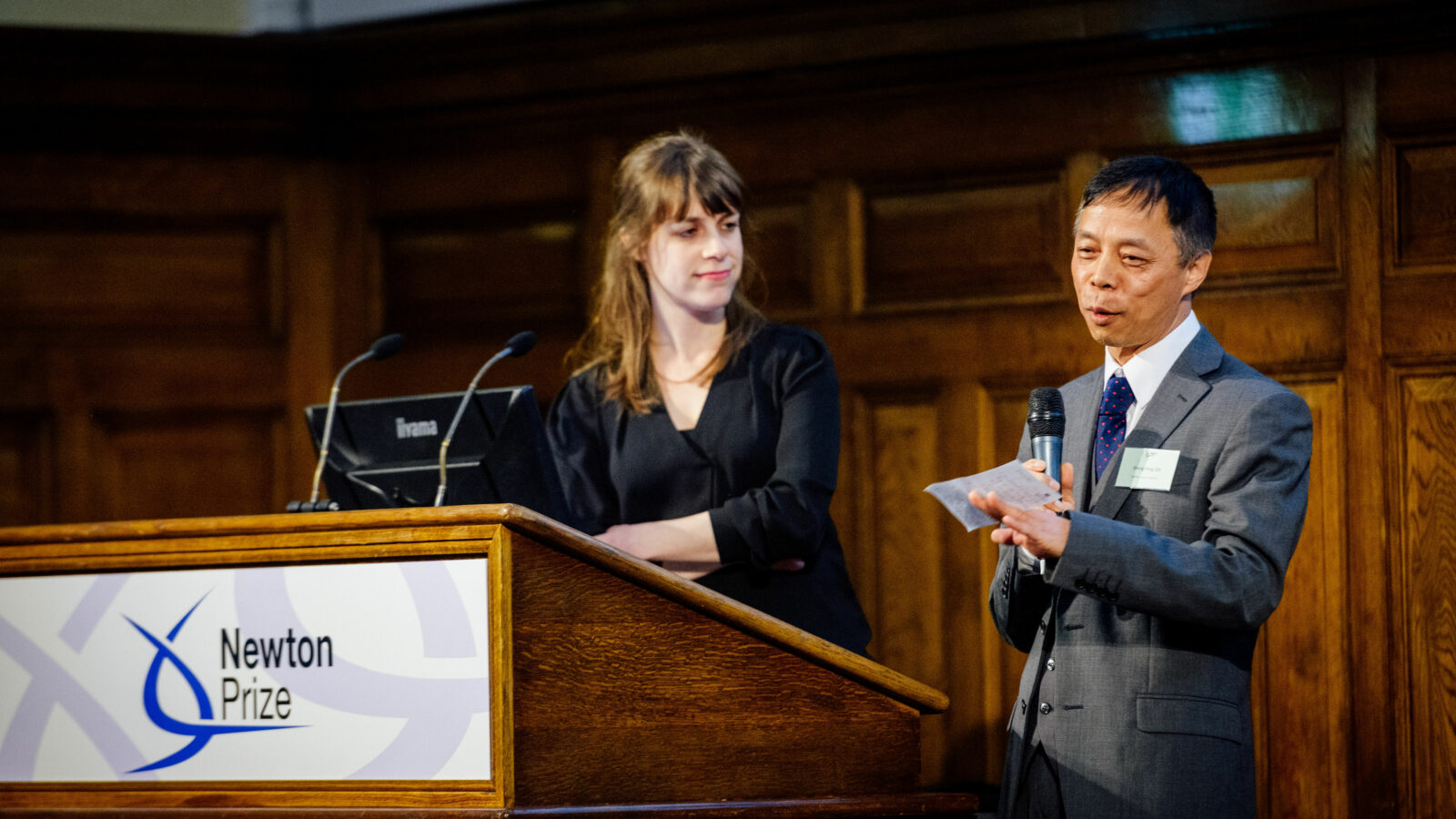 The first Newton Prize 2019 winner was announced on Wednesday night in Beijing, China. The winning project addresses the global challenge of urban development as cities expand and populations grow old. The work led to improved transportation services, and better access and suitability of services for the elderly.

Countries around the world are struggling to meet the challenge of rapid urban expansion and ageing populations. In developing countries economic progress places even greater pressure on vital but under-resourced services such as healthcare and transportation. There is a need for smarter, more accessible services which improve people’s wellbeing and ability to contribute to society and the economy.

The UK-China partnership, led by Professor Sheng-fen Qin of Northumbria University and Professor Cuixia Ma from the Institute of Software Chinese Academy of Sciences, focused on how to apply big data and service design principles to urban development and improve quality of life. This work helped to improve transportation services, and led to better access and suitability of services for the elderly.

The project, which brought together over 40 early career researchers from the UK and China, has improved awareness of the needs of marginalised parts of society, and helped elderly and often poor and vulnerable people to remain active in the community. The outcomes of this work can be applied to other developing countries facing the same challenges.

Five projects were shortlisted for the China category of the Newton Prize. These included:

Another three projects from China were shortlisted for the £500,000 Chair’s Award under the Newton Prize, tackling challenges in crop monitoring and smart farming for food security, and cancer. The Chair’s Award winner will be announced on Wednesday 12 February 2020 in London.

Dr Kiki Liang, Head of Science, British Council China: "Through Newton Fund Researcher Links Workshops, over 3000 early career researchers from the UK and China have been able to engage and build links for future collaborations and enhance their career opportunities. Just like ‘a single spark could start a prairie fire’, as said in Chinese proverb, seeds have been planted for wider partnerships in science and research collaborations between the UK and China towards global good."

Professor Wang Hongan, Chinese Academy of Sciences Institute of Software Design: "With Newton Fund support, we have brought together an interdisciplinary research team, combining the UK’s strength in service design and China’s strength in big data analysis and natural interaction technology to provide intellectual and human support to resolve the issues of global sustainable urbanisation.

We hope to use our technology to provide personalised services to vulnerable groups in cities such as the elderly and disabled."

Read more about the shortlisted projects in the 2019 Newton Prize booklet.

The Partnership Fund is a bilateral fund launched in 2014. The Fund is managed by the UK Department for Business, Energy and Industrial Strategy and Chinese Ministry of Science and Technology. Funding is allocated through competitive process managed by both sides. The Fund is delivered by partners including: