Lessons Earned is a series of posters with lessons from Newton Fund and GCRF researchers and innovators.

Newton Fund and GCRF are celebrating their eight and six year anniversaries, respectively, in 2022. Researchers have been tackling global challenges spanning many different disciplines.

These posters give researchers a platform to talk about lessons they have earned over their life and career up until this point. What is important to them. How to run successful projects. And how to work collaboratively around the world.

To launch the campaign, Susie Kitchens, Deputy Director for Global Research and Innovation at the Department for Business, Energy and Industrial Strategy (BEIS), shares her eight lessons and gives her views on why this campaign is important. 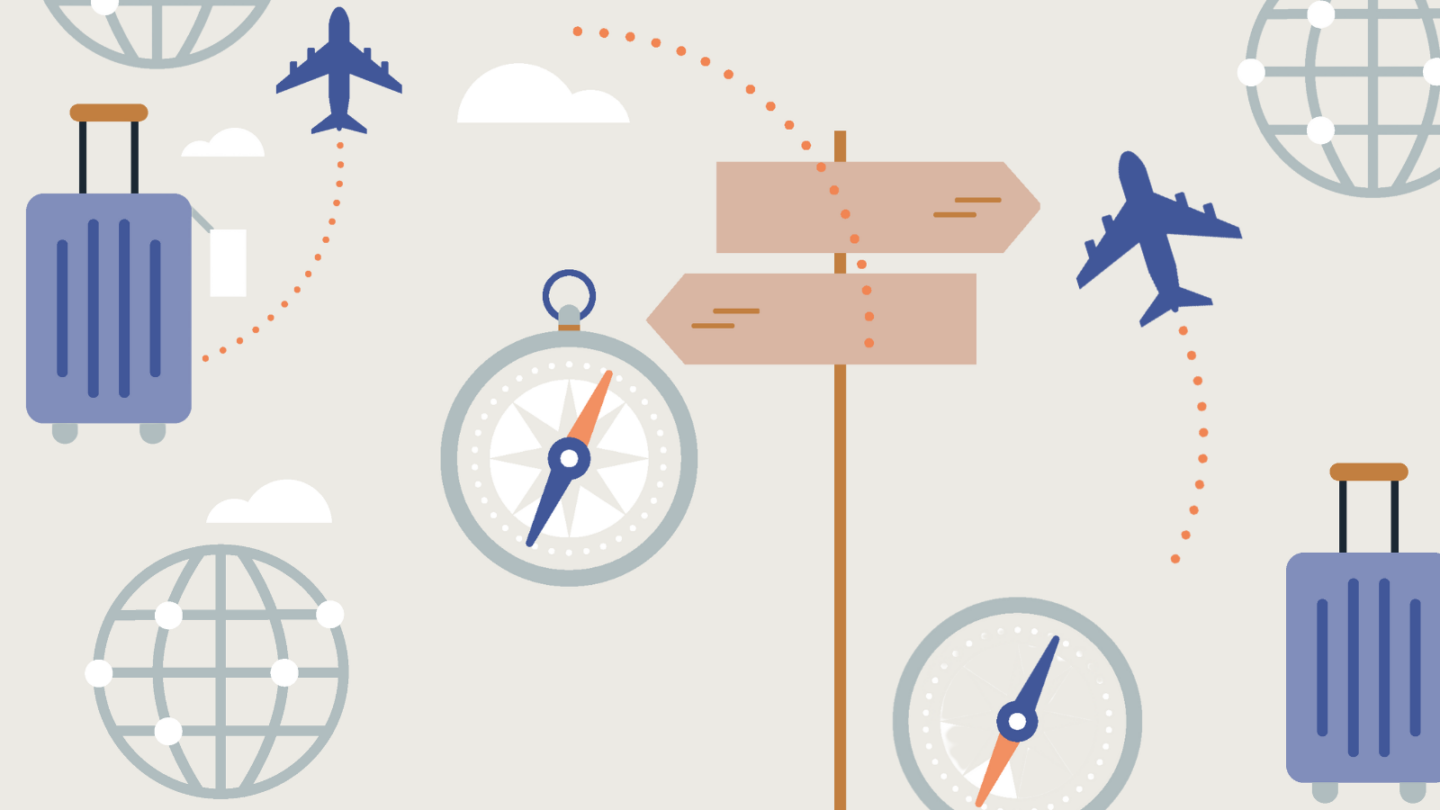 By Susie Kitchens, Deputy Director, Global Research and Innovation, Department of Business, Energy and Industrial Strategy (BEIS). I have spent much of this year involved in designing BEIS’ new International Science Partnership Fund (ISPF), under HMG’s bold ambition to be a Global Science...

Click on each of the posters to view in full. Posters can be downloaded below.

Learn more about our researcher's projects

VISUAL: Image of the COVID-19 virus and its spread across the world map.

AUDIO: a UK-Indica collaboration has stepped in to provide frontline staff in India with some much-needed support.

VISUAL: image of workers in personal protective equipment and working in a lab.

AUDIO: Meet SEVILI, the caretaker robot helping to save lives.

VISUAL: Image of the robot SEVILI

AUDIO: Originally designed to help the elderly with their daily activities the robot is now helping frontline health workers to treat and interact with COVID-19 patients.

VISUAL: image of the robot SEVILI going into a patient room and a doctor seeing the patient through a mobile app.

AUDIO: When the pandemic hit,

AUDIO: the SEVILI project team decided to pivot their innovation

VISUAL: image of the SEVILI research team next to the robot.

AUDIO: to reduce health workers' exposure to COVID-19 and the risk of transmitting the disease to others.

VISUAL: image of the robot travelling around a hospital.

AUDIO: "It's a great experience that we have learned and designed for emergency in the pandemic situation. Thanks to Academy."

AUDIO:  SEVILI is operated from outside the hospital ward using a joystick and mobile app.

VISUAL: doctor demonstrating the video on the robot and app.

AUDIO: The robot runs on rechargeable batteries, making it affordable,

VISUAL: image of the batteries.

AUDIO: And comes with the added benefit of understanding local languages making it easier for medics and patients to interact.

VISUAL: Staff watching the robot in the hospital.

AUDIO: Currently, there are 8 SEVILI present in 2 hospitals across Tamil Nadu.

AUDIO:  With each robot capable of handling 50 patients at a time.

AUDIO: Meaning, it can reduce the health worker-patient physical interaction by up-to 60%.

VISUAL: SEVILI in a patient room with doctors stood back.

AUDIO: Owing to the potential and success of SEVILI

AUDIO: Is supporting the manufacturing of SEVILI.

VISUAL: image of SEVILI in development.

AUDIO:  The team are discussing a potential collaboration with

VISUAL: picture of the project team.

AUDIO: "The experience gained through the Royal Academy funded project helped us developing the SEVILI robot within a short span of time."

AUDIO:  The project was supported through the Industry-Academia Partnership Programme,

VISUAL: Image of the project team and healthcare staff.

AUDIO: This project is one of the many meaningful initiatives under the Newton-Bhabha partnership
VISUAL: Newspaper article about SEVILI

AUDIO: which work towards solving global challenges through combined efforts of the UK and India's world class research and innovative capabilities.

AUDIO
Speaker 1:
Peru is interesting it contains about 70 percent of the world's tropical glaciers.
As you can imagine the tropics isn't a great place for glaciers.
Many mountain regions around the world are warming at much higher than the global average
and that's true also in Peru.
VISUAL
Palcacocha glacier

AUDIO
The very special thing about Peruvian glaciers is actually they are vital as a water resource for the region.
So during the rainy season the glaciers receive snowfall and they're nourished,
and in the dry season, when there's less rain, they then melt and continue to provide meltwater for local communities.
VISUAL
Palcacocha glacier

AUDIO
So they really buffer a kind of low water supply during the dry season when the rain stops.
So they're really, really important in providing water to people to croplands, to animals as well.
VISUAL
Jemma Wadham sitting in chair

AUDIO
With any big grand environmental challenge it's so much more powerful to be able to bring
people together,
across disciplines across borders and I think the project we're running is a unique example of that.
So I'm a glaciologist from the UK, I've done a lot of work on glaciers,
VISUAL
Three researchers walking towards Palcacocha glacier

AUDIO
Raul Loayza-Muro, my collaborator in Peru, he's an ecotoxicologist,
so he's very up on the impact of water quality on people and an ecosystem
so together we actually bring a really unique set of skills together,
which enables us to kind of address this grand challenge about water quality and glassy retreat in Peru.
VISUAL
Two researchers sit and examine rocks

AUDIO
The glaciers in the Cordillera Blanca they sit on top of these rocks which are very metal rich
As the glaciers are retreating they are exposing those rocks in front of them, they get washed
by the rain,
they're open to the atmosphere, the metals get dissolved out of the rock sand and that process produces acid.
So the rivers are becoming acidic and very metal toxic.
VISUAL
Shots of the glacier

AUDIO
So what we're hoping to do through our project is to produce a vulnerability map of that whole region for the water resource managers.
So they can see which rivers are going to be a problem as the glaciers retreat, which ones we don't think will be a problem,
and then on the flip side of that, to work with these communities to help them to remediate
some of the toxic waters in the rivers which is happening due to glacier retreat.
VISUAL
Researchers working by river and collecting and analysing samples

AUDIO
So they're constructing artificial wetlands, and by working with these communities I think what's quite nice,
is actually we're kind of implementing a solution to the problem,
rather than just diagnosing the fact that there is a water quality problem in the mountains
in that region.
VISUAL
Researchers and local community members discuss the problem together on a mountain in Peru

AUDIO
This ecosystem is like a sponge that keeps water and also filters the water.
VISUAL
Close up of grasses

AUDIO
So learning about the functioning of these ecosystems make us think about designing green infrastructure.
One example what happens here in the Shallap catchment. Glacier retreats has produced oxidation, acidification of water and transport of metals.
VISUAL
Surrounding mountainous landscape

AUDIO
This has been channelized down to an artificial wetland, where we are aiming to treat a part of this acid water coming from the upper parts,
VISUAL
Dr Raul Loayza-Muro

AUDIO
so we can improve the quality, delivering water to reservoirs, so that local people can use this water for their lands, for crops for example, for cattle raising.
VISUAL
Arial shot of artificial wetland
Researcher testing water quality
Local people and cows walking through field

AUDIO
Speaker 1 (Jemma Wadham):
May the memory of my people not rage against me.
I never wanted to murder the valley.
And let everyone know, I did not cause my own death
So this evening I’m about to perform in a play about changing glaciers in Peru,
where I will actually be becoming the glacier.
VISUAL
Caption: Performance at UK ambassador’s residence, Lima
Jemma Wadham dressed as a glacier performing on stage

AUDIO
So the performance is linked to a programme called Trans.MISSION. It's jointly funded by the Natural Environment Research Council in the in the UK,
with the Hay Festival, which is one of the world's greatest literary festivals,
and Hay kind of paired me with a storyteller and actress in Peru, which is Erica Stockholm,
VISUAL
Jemma Wadham sitting down

AUDIO
and she's written a beautiful story about the changing glaciers from the scientific results that I've kind of discussed with her.
VISUAL
Erica Stockholm and Dr Raul Loayza-Muro address an audience

AUDIO
I really think that there should be more collaboration between scientists and artists
because I think at the moment it's pretty clear that the science messages about what's happening
need to get out there in a more accessible way,
and artists have a brilliant way of doing that actually and there's something quite powerful what happens when art meets science
VISUAL
Jemma Wadham performs on stage

AUDIO
I really believe that if people come together across disciplines and across different nations, that you can actually solve some of these problems.
You will come to a problem with a different mindset and a different skill set,
and actually these kind of projects, they help you open up a little bit
and see things from another perspective, to bring in different types of solution
so I really, really believe that international cooperation is key with solving grands environmental challenges.
VISUAL
Jemma Wadham sitting down