Why we must protect Indonesia’s mangrove forests 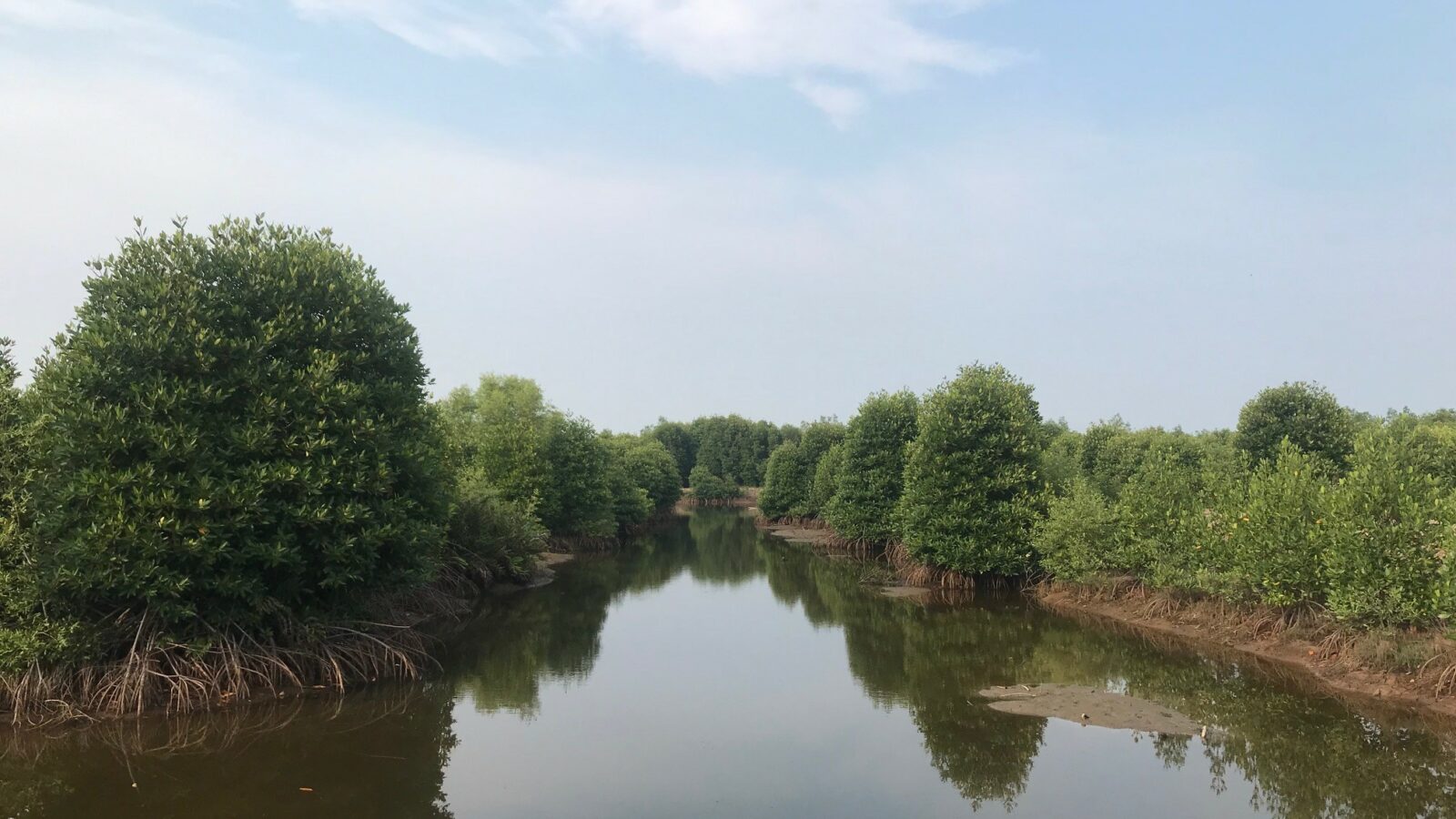 Mangrove forests are one of the most valuable ecosystems in the world. A collection of at least 50 different tree species, mangroves thrive in salty waters and grow in dense forests or swamps along tropical coastlines. Their tangled roots form an important habitat for young fish and invertebrates. They trap huge amounts of sediment, protecting coastlines against wave-induced erosion and defending coastal ecosystems and communities against strong tropical storms.

Mangrove forests also store vast amounts of carbon. Up to five times more than other tropical forests. Essential in the fight against climate change.

However, this globally important ecosystem is disappearing at an alarming rate. Indonesia is home to around 2.7 million hectares of mangrove forests. That's roughly 21% of the Earth’s entire mangrove population. The country has lost around 40% of its mangrove forests over a period of three decades. Scientists consider that to be the fastest rate of mangrove deforestation in the world.

Recent studies have shown that when mangroves are cleared vast quantities of carbon is released into the atmosphere, which accelerates global warming. Without the natural buffer mangroves provide, coastal communities are left exposed to tropical storms, endangering their homes and lives. And local fishing industries and people’s livelihoods are threatened by the loss of natural habitat for thousands of fish species.

Our UK-Indonesia research project is trying to tackle mangrove deforestation. We’ve been investigating the threat rising sea levels and storm surges pose to tropic mangrove forests, as well as the growth and survival of seedlings in these environments.

If we can better understand the factors that cause mangroves to switch to a faster rate of retreat or outgrowth, then we will be in with the best chance of protecting and saving these precious ecosystems.

We really need to understand the economic value of mangrove forests in terms of coastal protection, fisheries, carbon storage, biodiversity and wood products. People often assume man-made solutions offer the best value for money but our review of 53 nature-based sea defence projects (including 12 mangrove projects) revealed that mangroves could be two to six times cheaper than the commonly used alternative (submerged breakwaters) for conditions with relatively low waves.

As part of the project Dr Bunting and I explored Lubuk Kertang village, located in the Brandan Barat sub-district of North Sumatra. It was saddening to learn that the village had been badly damaged when the mangrove forest area was converted into a palm oil plantation between 2006 and 2016.

With the support of the Newton Fund, we helped the community restore the mangrove forest and implement “silvofishery” farming, a concept which combines conservation and land utilisation so that the total area for fishing ponds cannot be greater than the areas for protection. This system allows mangroves to thrive while ensuring local communities can reap the economic benefits from adjacent fishing ponds. 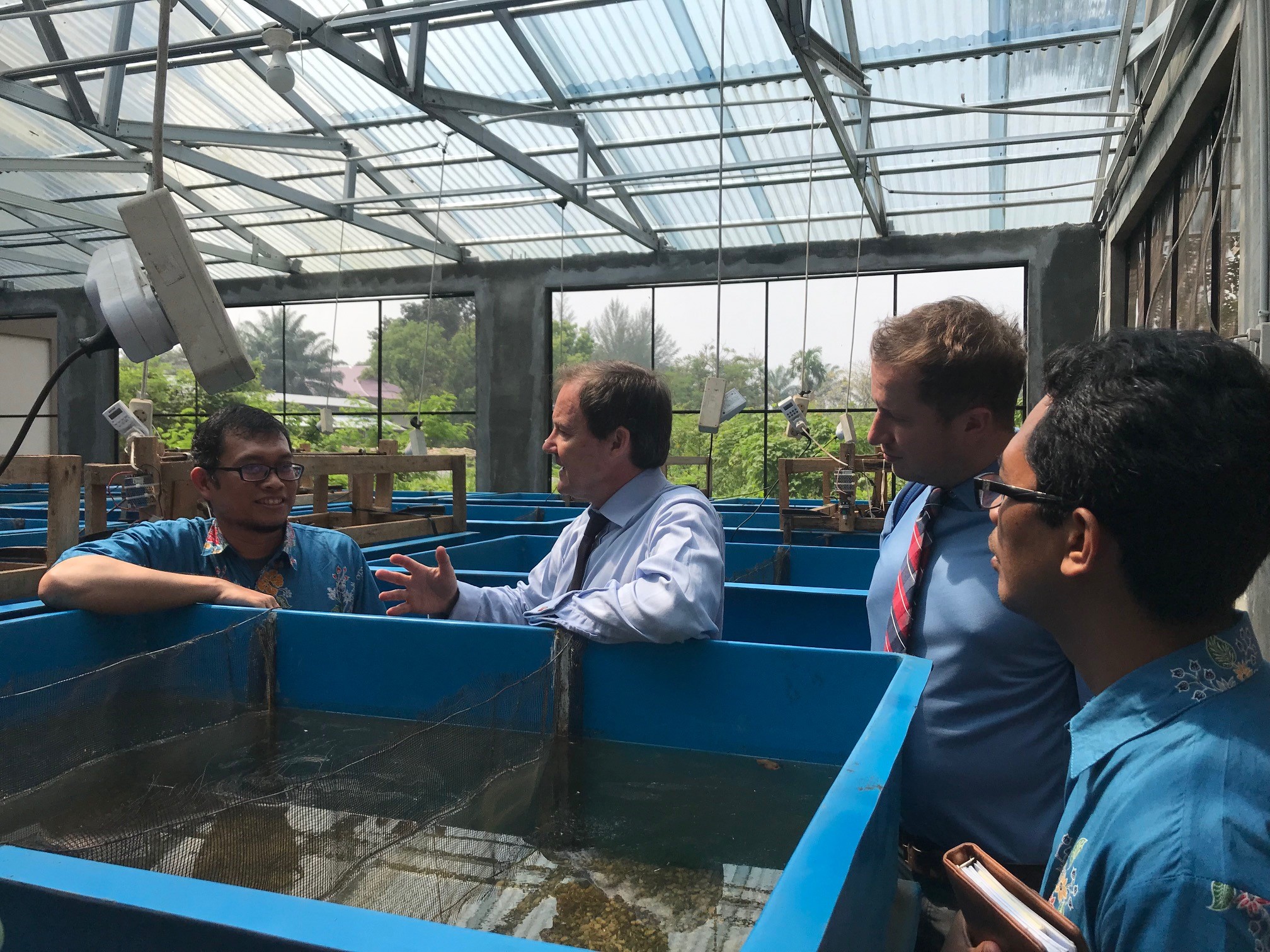 We were thrilled to have an opportunity to share our work recently with Rob Fenn, the Deputy High Mission of the UK to Indonesia and Timor Leste. We met with Rob at Lubuk Kertang during his official visit to North Sumatra last year. It was great to explain to him the benefits of mangrove restoration as a cost-effective method for climate change mitigation and adaption, and the positive results we’ve seen.

Our project has had results across a wide variety of areas, including mangrove ecology, biogeomorphology, coastal processes, ecosystem services modelling, remote sensing and image processing, but it has really proved its worth in terms of knowledge sharing. For example, our remote sensing study will provide improved methods for monitoring mangrove forests that can be applied as national, regional or global monitoring systems. These methods will be useful for those wishing to create similar monitoring systems.

Quantifying the economic value of ecosystems is no easy task, yet we have managed it! We are proud to be encouraging an integrated approach to coastal zone management, by enabling local managers to anticipate, monitor and predict changes to mangrove systems. This is vital to protect and nurture these essential and amazing ecosystems.

By Dr Mohammad Basyuni, Associate Professor at the University of North Sumatera