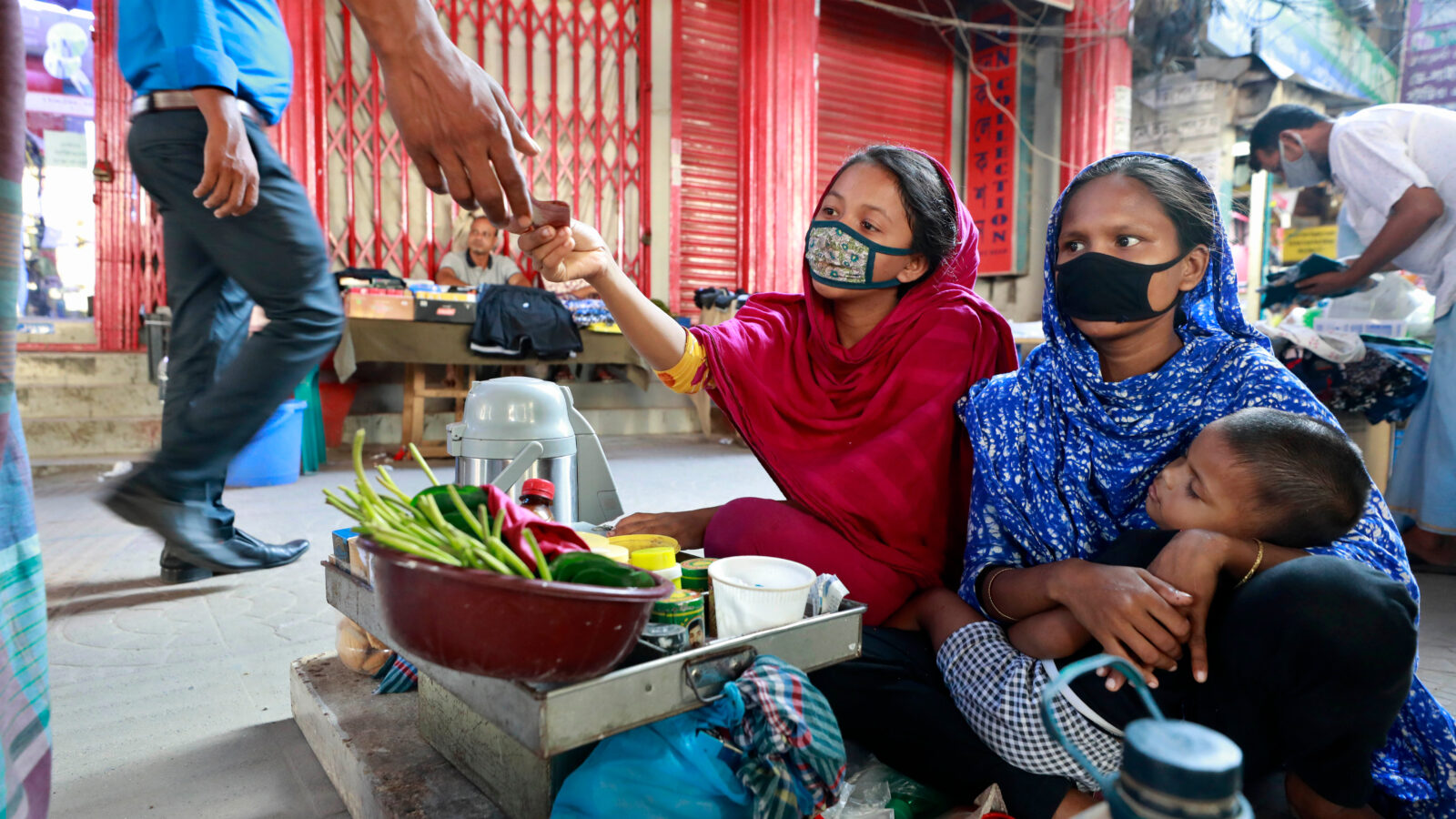 Gender equality and the empowerment of women are deeply intertwined, but to achieve gender equality we cannot focus on women alone. We must also ask what would make life better for women, men, and the range of genders that exist in addition to them. And we must look at the relationships between them.

As Gender Advisor and Challenge Leader for Food Systems at the Global Challenges Research Fund (GCRF), International Women’s Day provides an excellent opportunity for me to think about how far GCRF has come on gender equality and where it might go in the years ahead. My mission as GCRF’s Gender Advisor is to ensure that the fund continues to deliver equitable and inclusive research and innovation that has a real impact on global challenges.

First, GCRF and Newton Fund established a gender equality statement requirement in April 2019. This statement requires research applicants to demonstrate how their proposal has considered equality between men and women – not only in terms of the membership of research teams but also in terms of the subject matter of their research. The purpose of the requirement is to encourage researchers to think of gender equality as an intrinsic aspect of academic research.

I hope in time that this requirement will expand beyond considering the binary of men and women to include considering a range of genders -  as well as race, disability, age, marital status, and other identities that interact with each other and create inequalities and vulnerabilities in a variety of ways.

Second, while GCRF has funded gender and sexuality-related research since its inception, its gender-focused research investments have significantly increased in the last few years. These include the Gender and Intersectionality Network Plus awarded to the Gender Responsive Resilience & Intersectionality in Policy and Practice (GRIPP) network and two major GCRF Hub investments, the Migration for Development and Equality (MIDEQ) Hub  and Gender, Justice, and Security (GJS) Hub.

In fact, almost all the GCRF Hubs have considered gender in their research in some way. One of the particularly notable achievements of these investments is that they consider gender equality in a holistic way, going well beyond thinking of gender in isolation, outside of the context in which these identities are placed, or only in terms of the binary identities of men and women. 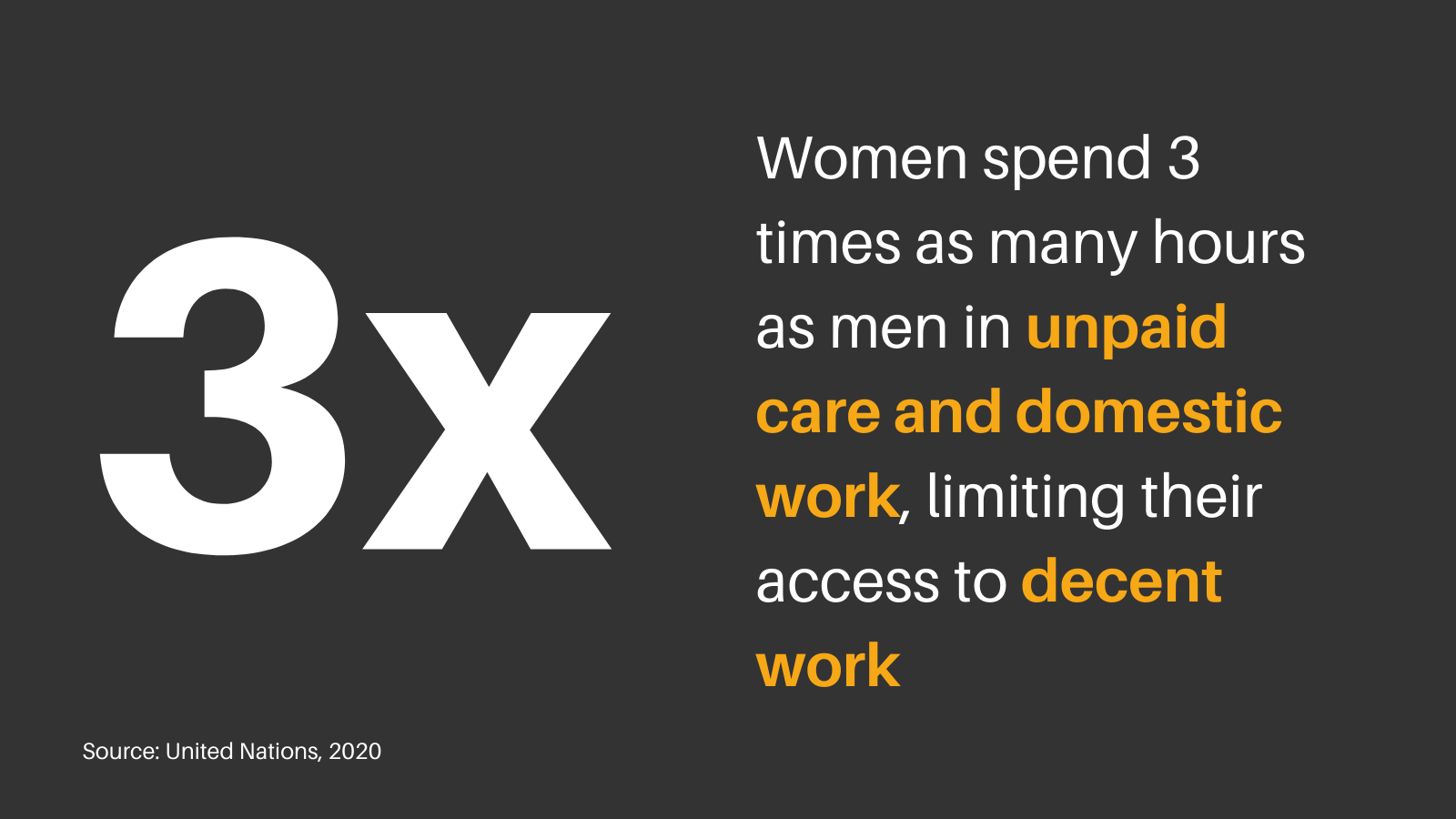 Genders exist in relation to one another

The COVID-19 pandemic and the global response to it has further exposed the inequalities and vulnerabilities that affect people’s wellbeing. Women have been pushed further into unpaid work such as child and elderly care, even while men have also been home. Violence against women has notably increased around the world, too. These phenomena require careful analysis of the relationships between men and women, their families, and their communities. We need to understand why these trends have come about and why they have persisted so that we can prevent them from recurring in future crises.

Humans like to sort the world and the people within it into categories to try to understand them better. However, we need to be careful about projecting our understanding of our immediate environments on to others. Post-colonial and Anglophone definitions of gender do not always translate accurately to other countries and contexts. There are very different conceptions of transgender, female, and male identities around the world.

This is true for other identities too. There are communities that live between the categories of rural and urban, formal and informal workers, internal or international migrants, abled and disabled. Distinctions that pervade academic language in the UK may be considered differently or not at all in different countries.

To communicate well about the obstacles global communities face, we must recognise the range of understandings of gender that exist across the world, while working within the constraints of the English language. We can do this by being open to these different understandings, and encouraging researchers to explain local categories of gender and other identities in the countries they are talking or writing about. This is especially important where such categories may not have a direct equivalent in British English.

This is important in the proposal and design stages of any research process where gender is an important feature of a research project and its outcomes. It is also important when working with non-English-speaking researchers and research subjects, ensuring an equal voice in the research that is conducted in their communities and the communities in which they have expertise. The MIDEQ Hub has built a body of work on pursuing research that requires multilingual collaboration.

Why does expanding our understandings of gender matter?

We cannot hope to face and fight global challenges without challenging inequalities and the power structures that keep these inequalities in place, including those to do with gender. It has been heartening to see research and innovation funds such as GCRF making progress on this front, and this progress will ultimately be measured by improving individual and collective wellbeing. We must remember that this wellbeing is intrinsically tied to allowing people the dignity of expressing their chosen gender and encouraging equal access to resources and opportunities regardless of what that expression may be.

Tahrat Shahid is Challenge Leader for the Food Systems portfolio and Gender Advisor for all six portfolios of the Global Challenges Research Fund. Find out more about her work.

This blog is part of a series about tackling gender inequality and the women who lead ground-breaking research and innovation and inspire future generations. Learn more.

Main image: Bangladeshi garments worker, Taniya sells tea and cigar on street as she lost her job due to the garments factory shutdown during COVID-19 pandemic in Dhaka, Bangladesh © Sk Hasan Ali, 2020

Learn more about our impact and the women leading ground-breaking research and innovation.