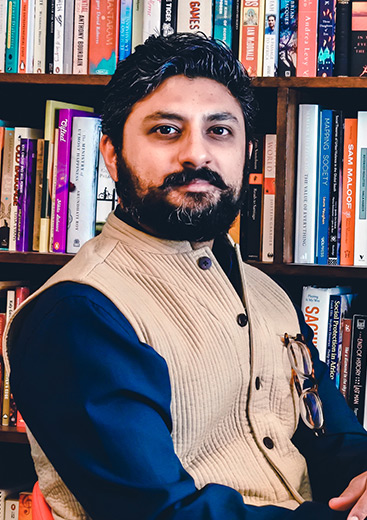 Dr Jaideep Gupte is Fellow of the Institute of Development Studies, University of Sussex, and leads the Cities and Sustainable Infrastructure Portfolio of the Global Challenges Research Fund (GCRF). Jaideep also acts as a champion for ODA research on the Built Environment on behalf of UKRI.

Jaideep’s research has been funded by the Economic and Social Research Council, DFID, and the EC among others. Jaideep uses multidisciplinary approaches to understand the material, temporal, political and technological aspects of urban informality. His research seeks to foreground the voices and everyday experiences of the most marginalised urban residents. He has served as a consultant for a variety of donor agencies (including DFID), UN Agencies (including Unicef, UN Habitat), several urban local authorities (in South Asia, Latin America and sub-Saharan Africa) and a range of NGOs. He is currently the Principal Investigator on ‘Smart Data for Inclusive Cities’ programme funded by the European Commission; a Co-Investigator of the GCRF ARISE Accountability in Urban Health Research Hub; and the Principle Investigator of the ‘Governing the ungovernable’ programme funded by the Gerda Henkle Stiftung. He has recently been Executive Director of the ‘Mobile Training Platforms for City Police’ funded by the World Justice Project, and was the Principle Investigator on the recently concluded ‘Informal work and wellbeing in South Asia’ funded by the South Asia Research Hub, DFID.